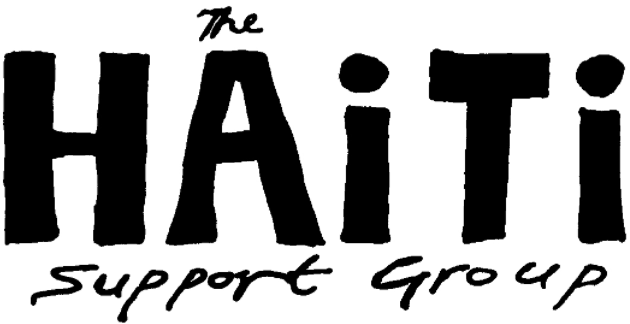 Special to The Christian Science Monitor

Government corruption and US involvement take hits in a hit tune for this month’s carnival.
The lights went off three times at Variety Dance Club while a young Haitian band, Chandel, was performing. And when the band began to play its controversial new carnival tune, “2 Pa Volunte,” the entire sound system crashed.

“Someone doesn’t like what we are saying,” joked lead vocalist Serge A.M. Pierre-Louis. He was only half-kidding. His song, released in January and fast becoming one of the most popular tunes for the coming carnival (Feb. 14-17), is an unapologetic criticism of government corruption, and a sharp attack on US involvement in Haiti.

The title is a play on words in Haitian Creole and means both “two voluntary steps” and “voluntary departure,” in reference to a government program of mass layoffs carried out to comply with the International Monetary Fund’s structural adjustment program. Some 5,000 Haitians were laid off from government agencies in 1998. For Haiti, which already suffers an unemployment rate well above 60 percent, this was a severe blow.

Pierre-Louis, a high school teacher, says he chose the band’s name Chandel – which means “candle” in Creole – because he wanted to shed “light” on problems affecting everyday Haitians. But shedding light on problems like corruption still comes with a price in Haiti, which only emerged from nearly four decades of iron-fisted dictatorship less than five years ago. The transition to democracy has been a painful one, with a legacy of institutional corruption from 30 years of dictatorship under François “Papa Doc” Duvalier and his son, Jean-Claude.

After the overthrow of Jean-Claude in 1986, Haiti had a series of military regimes before its first democratically elected president, a charismatic Roman Catholic priest named Jean-Bertrand Aristide. President Aristide was toppled nearly eight months into his term by a military coup that lasted three years. The US led a multinational invasion to Haiti in 1994 to put an end to the military regime and restore Aristide to power. Several hundred multinational troops remain in Haiti.

But even as Haiti struggled to build a democratic society, it was soon plunged into another kind of crisis – a political crisis fueled by feuding between two factions of the Lavalas group that supported Aristide.

Haiti’s prime minister resigned over a year-and-a-half ago and has not been replaced. Three of President René Preval’s nominations to replace him were rejected by the parliament. The crisis escalated in January when Mr. Preval announced he would rule without his opposition-dominated parliament, whose term had expired under an electoral law.

A delegation of US congressmen flew last week to Haiti to meet with political leaders and see if, indeed, President Clinton’s claimed “foreign policy success” had failed. It is such direct US involvement in Haiti that Chandel’s song criticizes. It expresses a contradiction felt by many Haitians, who were grateful for an end to military repression in 1994 but who resented the invasion of US troops, and continue to believe Washington played an important role in the coup that ousted Aristide.

“Who is blocking Haiti’s progress?” songwriter Pierre-Louis asks. “Is it Haitians? Or is it foreigners? I don’t know. But the one thing we are sure of, is that they are destroying us.”