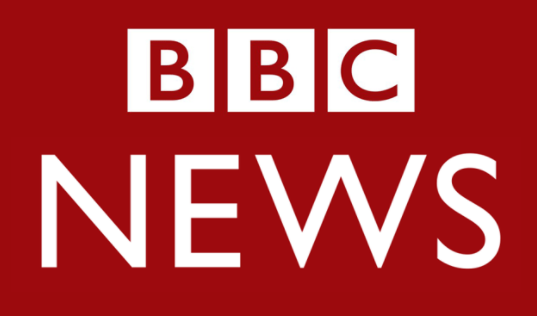 Analysis … Can Norway bring its peace-making skills to Haiti?

Politicians from all sides in Haiti are spending this week as guests of the Norwegian government to try to bring some political stability to their country. United Nations troops are currently maintaining order there, but with elections due next year, many fear political violence will return to the streets of the capital, Port-au-Prince.

It was in February that rebels from the North forced President Aristide out of office. Most of them were former members of the Haitian Army which Aristide had disbanded in the 1990s. His successor is Gérard Latortue, who is optimistic about his country:

“Everyone who lives in this country realises that Haiti today is not the Haiti that we had in January and February. We have peace in the streets – at least we have no government intervention. We have electricity. Schools function normally. Haiti is very different today from what it was.”

Greg Chamberlain, a journalist and writer who has been watching events unfold in Haiti for 35 years, says Gérard Latortue has indeed brought a measure of stability to the country:

“Mr Latortue is possibly one of the best people to head a government at this stage because he is not looking to make a good deal of money or have great power. He is 70 years old. He’s spent all his life as an international civil servant at the United Nations. He has brought some sort of stability. There hasn’t been much trouble from the Aristide supporters. Using his experience, he’s got US$1 billion in aid. He has managed to do one important thing which is to increase the electricity supply. He has also cleared up all the enormous piles of rubbish in the city. OK, these are sort of minor things compared with the big global picture, but it’s a start.”

“We have people who favour Jean-Bertrand Aristide. We didn’t arrest them. We didn’t kill them. So, they are there. But if they chose to use violence, they will accept the responsibility. Ourselves, we say the only way to accede to power is through elections.”

No one is in any doubt that the run-up to next year’s elections will be a difficult one. Which is why the Norwegians have decided to employ their conflict resolution skills to the Haitian political scene. This week the leaders of all the political parties* have gathered in Oslo to try to bond. The Norwegian deputy foreign minister, Vidar Helgesen, is chairing the various sessions:

“We have a varied programme. The main point is for the politicians and civil society actors to sit around the table talking, but they are also going on excursions to another part of Norway which will hopefully give them the conditions or surroundings to facilitate some more informal exchanges. We will meet Norwegian politicians who will explain to them the fact that even if there are differences within Norwegian politics between various parties, we all operate within one system in which we agree on the rules of the game – such rules have, to my mind, been lacking in Haiti for quite a while.”

Many supporters of Haiti applaud the Norwegians’ efforts. James Morrell of the Washington-based think-tank, the Haiti Democracy Project, thinks that getting all the parties together in such a way must help:

“The exercise carried on by the Norwegians is very promising, and I hope that there will be many more like this so that the civil society, the political parties, the various elements of public opinion, will play a role in the reconstruction, will play a role interacting with the government. Not enough of this is being done.”

But Greg Chamberlain, while he applauds the Norwegians’ efforts at peace and reconciliation, thinks it’s all a complete waste of time:

“All these guys up in Norway now, they’ve known each other for years and years. They all went to school together – it’s such a small country. They’ve been fighting and plotting against each other. It’s not as if they are going to learn anything new from sitting around.”

Charles Arthur of the London-based Haiti Support Group agrees that the problem is with the whole political class. He says that unless the masses are involved in the political process, nothing will change:

While the Haitian ruling elite are away bonding in a Norwegian forest, another country has tried an approach with a more mass appeal. Just over a week ago, Ronaldo and his colleagues trounced the Haitian football team 6-0 but no one cared. It was enough for many people just to have them there and it brought many a ray of hope. The visiting Brazilians didn’t just pop up in Port-au-Prince on the off-chance of a game. It was part of a bigger strategy by Brazil. They’re leading the multinational United Nations force in Haiti with a view to taking more regional responsibility – some say with one eye on gaining a seat on the UN Security Council.

But sending a football team is one thing but disarming a country where almost everyone has a gun is another. Charles Arthur says they and the weakened police force are simply not doing enough:

“The very great issue of the day is disarmament. The former insurgents, who are controlling many areas of the country, are fully armed. There are thousands of them, armed men in different groups in different parts of the country. They need to be disarmed if there is to be any proper democratic process. The United Nations has thousands of troops there, and they should start the disarmament process immediately. Otherwise, there really is no point in them being there.”

But General Augusto Heleno who leads Brazil’s UN peacekeepers says it is not that easy:

“Of course we’re always trying to seize guns but it is not easy, especially in some areas we don’t have authorisation to just go in and rummage around. You should also remember that guns have accumulated here for over ten years. We can’t get rid of them in a couple of months.”

For Charles Arthur, the interim government is showing no signs of attempting the disarm the population either. He points to last week’s acquittal of Louis-Jodel Chamblain, the leader of the group responsible for the deaths of around 3,000 people between 1991 and 1994:

“It sends a very bad signal because it shows that the interim government is effectively beholden to the armed groups and cannot proceed against them, and is in fact working – in many cases – in league with them. In this context, the “trial” shows that there is no impartiality and no proper judicial system functioning in Haiti. On this basis, it is very difficult for any proper democracy to exist in a country without any justice.”

Underlining everything in Haiti is the grinding poverty. Most people live on less than a dollar day and only one in 50 has a job. Greg Chamberlain again:

“In many ways it is like apartheid South Africa. You have the black mass – the large majority, and you have small, very rich, light-skinned elite, which is really terrified of the poor people, and this gap is very difficult to bridge.”

It may take more than a team-building session in Norway and Brazilian football match to sort Haiti out.

* Note: The Haitian delegation in Norway from 23 to 31 August is composed of the following:

(transcribed by Charles Arthur for the Haiti Support Group)