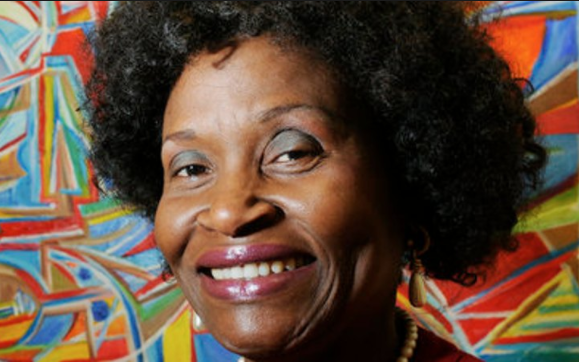 Marleine Bastien, Haitian activist and organiser from Miami, Florida, has received one of the “Women of the Year Awards”, made every year by Ms Magazine. The magazine, founded in 1972 by feminist, Gloria Steinem, is considered today a “landmark institution in both women´s rights and US American journalism”.

Marleine Bastien: For working to make the dream of democracy a reality for Florida’s black voters

The beginning of 2001 saw a stunned United States questioning its electoral process. The closing of the year saw terror and destruction, and George W. Bush telling U.S. citizens, “This is the fight of all who believe in progress and pluralism, tolerance and freedom.” But there are those who continue to remind us that we have not always won that “fight” on our own soil and that as we move forward into greater instability throughout the world, we must put our own house in order rather than dictate to others. Marleine Bastien is one such person.

Since fleeing the “Baby Doc” Duvalier dictatorship in Haiti in 1981, Bastien has dedicated her life to striving for freedom and justice. Whether challenging racist U.S. immigration laws or founding the nonprofit organization Haitian Women of Miami (better known by its Creole acronym, FANM), Bastien agitates for society’s least powerful. As FANM’s president, and now as its executive director, Bastien has nurtured projects that help prevent domestic violence and child abuse, provide micro-loans for Haitian women to start small businesses, and teach Haitian immigrants about the citizenship process.

Bastien spent most of 2000 motivating Florida’s black citizens to vote. For Bastien, as for thousands of her Haitian American peers, the elections marked the first time in her life that she would have the right to vote for president.

But on November 7, numerous obstacles for black voters shattered the joy of that opportunity. Haitian Americans, for example, arrived at polling places to discover that Creole-speaking volunteers were blocked from providing language assistance and that legally required ballots in Creole were nowhere to be found. “Voting is a fundamental right,” Bastien says. “We weren’t killed by bullets, as in countries run by dictators, but our souls were wounded that day.”

In the weeks that followed the botched election, hundreds of disenfranchised voters, including many who were not Haitian, called Bastien, knowing that she was one person who would stand up for them. “People came to me saying they would never vote again, that it was too painful. But that should be the fuel that motivates us to make the system better, for us and for our children.” Bastien refused to allow the voices of black voters to go unheard. She helped organize protests and spoke at numerous rallies. She also testified for the NAACP and before the U.S. Commission on Civil Rights. At this writing, Bastien was working to prevent a similar breakdown in Florida’s 2002 gubernatorial elections.

As the U.S. battles to “defend democracy,” Bastien reminds us that we need a democracy to defend. “People consider the U.S. the champion of human rights,” she says, “but during that election, people’s most sacred right was denied. We must make sure it never happens again.”

(Others named as Ms Magazine’s ‘Women of the Year’ for 2001 include: Jane Fonda, Naomi Klein, Yoko Ono, Venus and Serena Williams, and the Women of Afghanistan.)