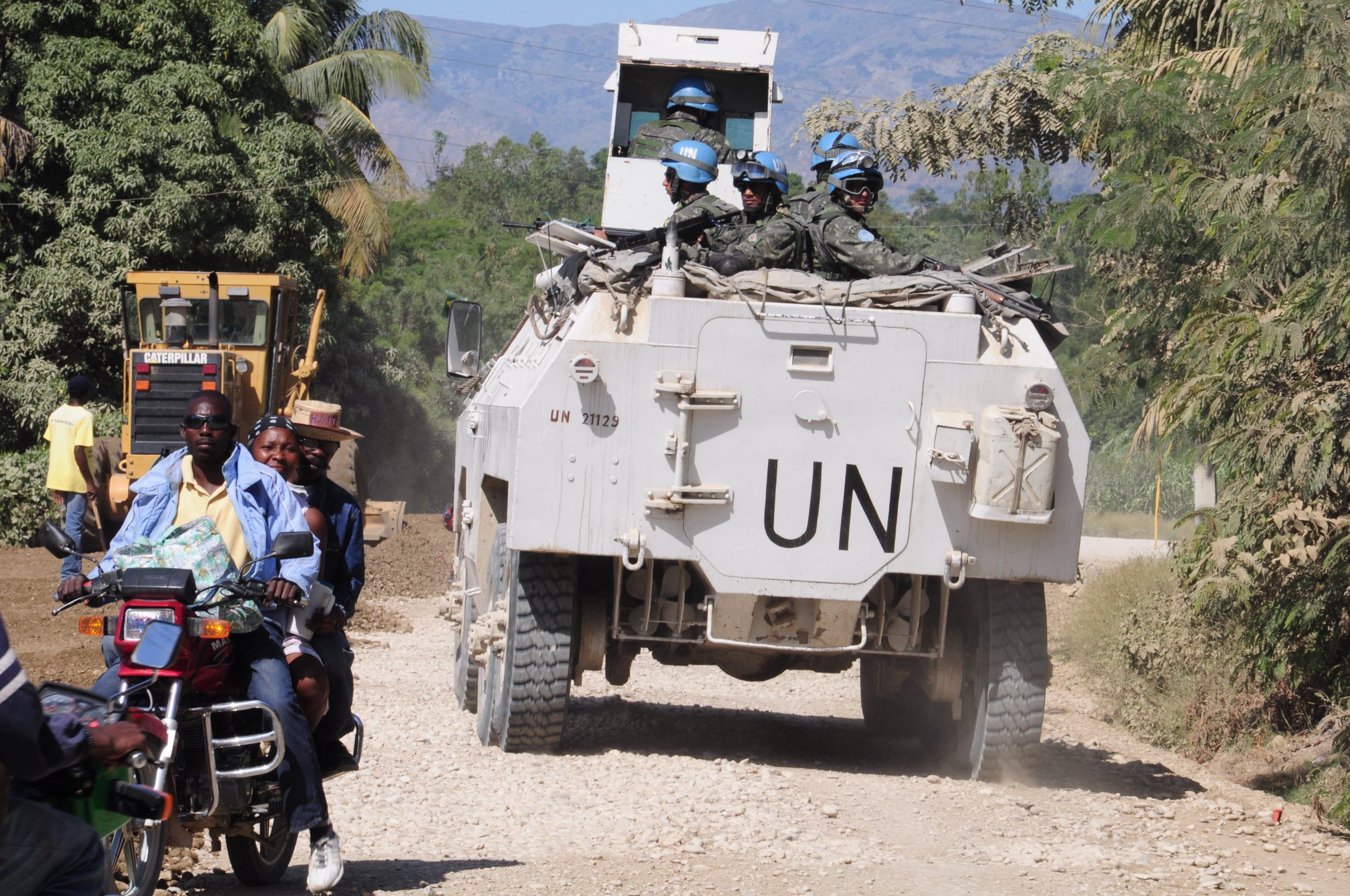 Special To The Miami Herald

UNITED NATIONS — The U.N. Security Council on Thursday renewed its peacekeeping mission in Haiti, as debate continued on its future.

The council’s one-year extension of the U.N. Stabilization Mission in Haiti, known as MINUSTAH, comes one day after a Boston-based Haitian activist group filed a class action lawsuit in New York against the U.N., seeking victim compensation for a deadly 2010 cholera outbreak in the Caribbean nation.

The 15-member council did not carry on at length after its vote, but there was some discussion of a proposed drawdown of peacekeeping troops next year. The resolution calls for reducing the number of troops in Haiti to a little more than 5,000 from 6,270.

“Even after the drawdown of troops mandated in this resolution, there will still be over 5,000 military peacekeepers deployed in a country where there has been no military conflict in recent times,” British Ambassador Lyall Grant, the only council member to explain the vote. “This makes little sense.”

Although they were formally invited by Azerbaijan, which holds this month’s council presidency, representatives for Brazil, Chile, Haiti, Peru and Paraguay did not issue statements.

At the conclusion of the meeting, French Ambassador Gerard Araud said it would be up to the U.N. to answer any legal action filed against it, and that the lawsuit did not impact the council’s commitment to MINUSTAH.

“We have absolutely no reason to discuss what the Secretariat has done” in response to the cholera outbreak, Araud said.

Beatrice Lindstrom, an attorney for the Institute for Justice and Democracy in Haiti, which filed the lawsuit on Wednesday, told the Miami Herald that the mandate’s renewal doesn’t indicate a real U.N. commitment to address the cholera problem.

“If the funding that is being provided to MINUSTAH was instead invested in clean water and sanitation, thousands of lives would be saved each year and we’d be much closer to realizing human rights in Haiti,” Lindstrom said.

According to MINUSTAH figures, cholera has killed more than 8,200 people, sickened at least 600,000 and continues to kill about 1,000 Haitians per year.

The mandate will be up for renewal again next October. A council-requested plan for the drawdown is expected from Secretary-General Ban Ki-moon in April.

Haiti Debate at the University of Liverpool: Colonialism, Occupation and the United Nations

Sexual Exploitation and Abuse at the Hands of the UN