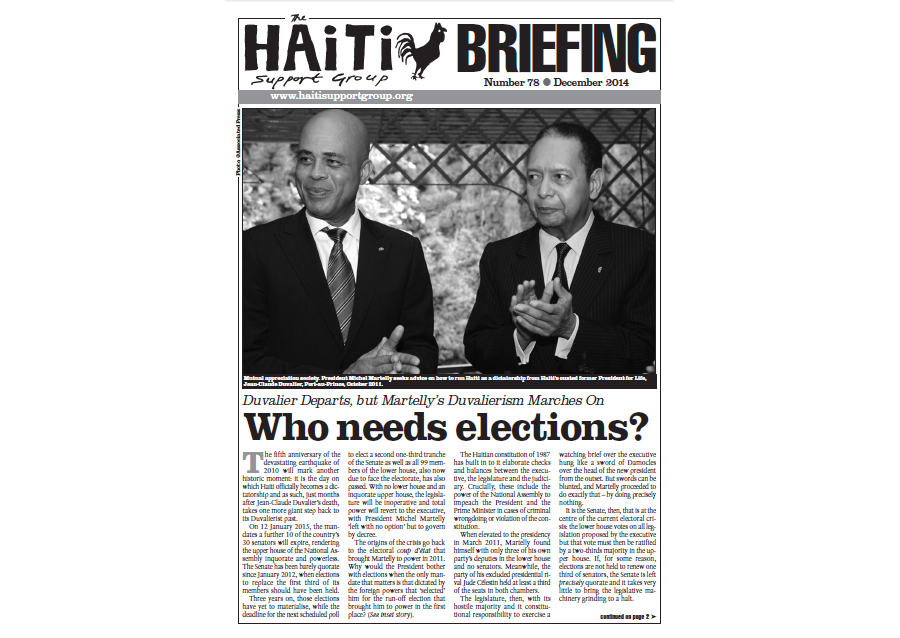 We are now fast approaching the fifth anniversary of the 12 January 2010 earthquake. In many ways, it will be a historic moment for Haiti. Not only because of the devastation caused five years ago but also as it is the day on which the country will officially become a dictatorship again and as such, just months after Jean-Claude Duvalier's death, takes one more giant step back into its Duvalierist past. We provide in-depth analysis of this concerning situation in the latest edition of our Haiti Briefing entitled "Who needs elections?" Version française ici.

Our Briefing is published in English and French and provides Haiti watchers and decision-makers with an analysis of Haiti's development issues reflected through the voices of popular organisations on the ground. Haitians and their representative CSOs continue to be excluded from any meaningful political participation and are treated with disdain, a situation which has worsened since the earthquake as the control of international companies and foreign governments over (diminishing) aid funding is stronger than ever.