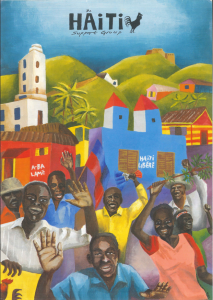 Travel & Tourism in Haiti Haiti is arguably on the agenda for only the most hardcore of independent travellers. Yet,

History of Haiti: An Overview

History of Haiti: An Overview Before 1492: Prior to the arrival of the Europeans in the 15th century, it was inhabited

Vodou and Religion in Haiti Vodou is a religion – it is also a major feature of Haitian history, society,

Keep up with the latest news and views in and on Haiti here. The Haiti Support Group has been involved

Literature & Book Reviews Haiti has a wonderfully rich tradition of fiction and non-fiction literature. Below we recommend our favourite