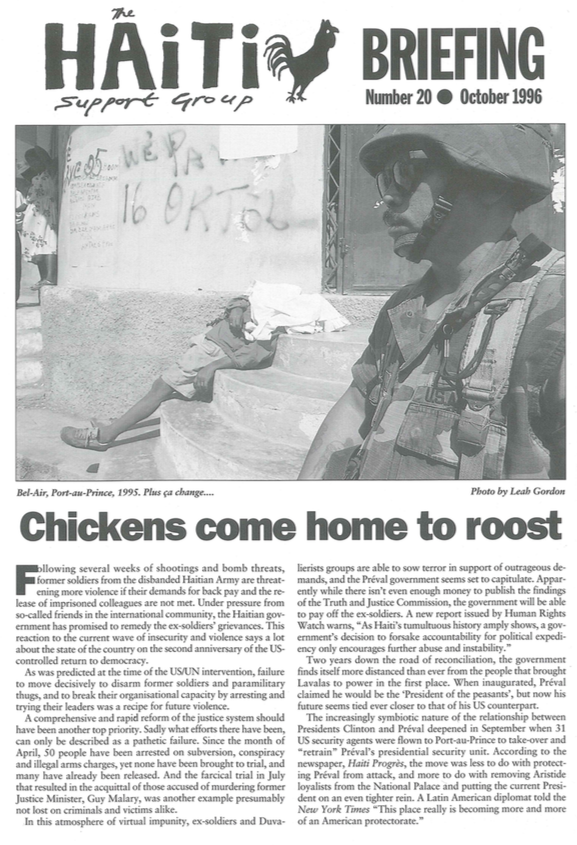 Following several weeks of shootings and bomb threats, former soldiers from the disbanded Haitian army are threatening more violence if their demands for back pay and release of imprisoned colleagues are not met. Under pressure from so-called friends in the international community, the Haitian government has promised to remedy the ex-soldiers' grievances.