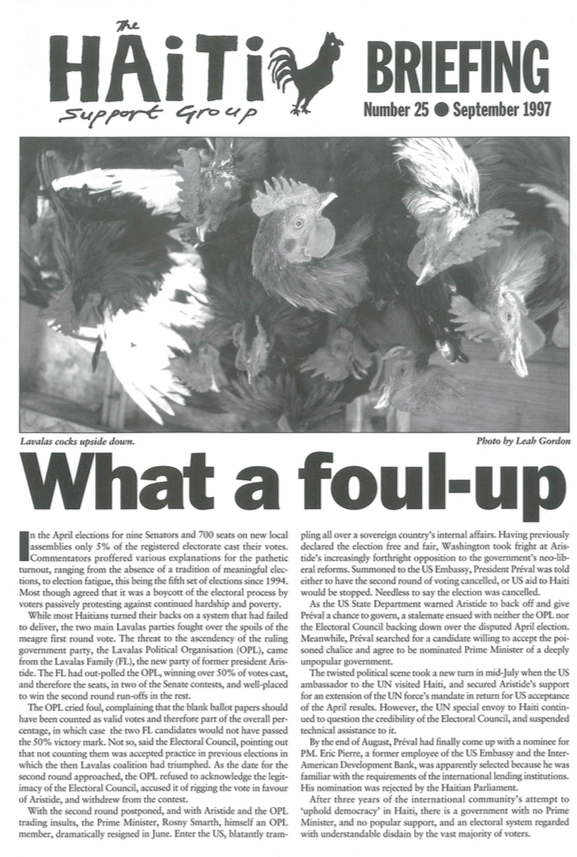 In the April elections for nine Senators and 700 seats on new local assemblies only 5% of the registered electorate cast their votes. Commentators proffered various explanations for the pathetic turnout, ranging from the absence of a tradition of meaningful elections, to election fatigue, this being the fifth set of elections since 1994. Most though agreed that it was a boycott of the electoral process by voters passively protesting against continued hardship and poverty.