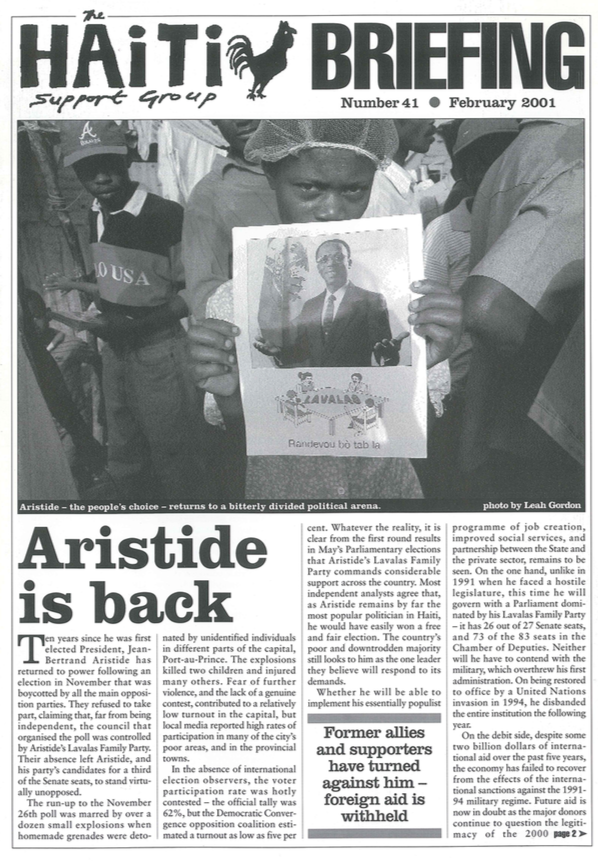 Ten yearssince he was first elected President, Jean-Bertrand Aristide has returned to power following an election in November that was boycotted by all the main opposition parties. They refused to take part, claiming that, far from being independent, the council that organised the poll was controlled by Aristide's Lavalas Family Party. Their absence left Aristide, and his party's candidates for a third of the Senate seats, to stand virtually unopposed.