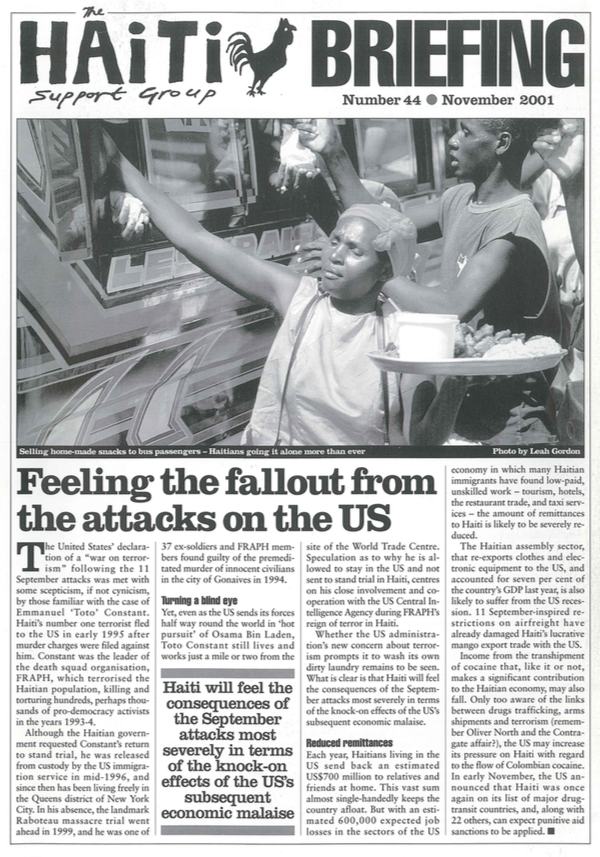 The United States' declaration of a "war on terrorism" following the 11 September attacks was met with some scepticism, if not cynicism, by those familiar with the case of Emmanuel 'Toto' Constant. Haiti's number one terrorist fled to the US in early 1995 after murder charges were filed against him. Constant was the leader of the death squad organisation, FRAPH, which terrorised the Haitian populations, killing and torturing hundreds, perhaps thousands of pro-democracy activists in the years 1993-4.