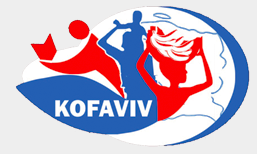 To the imposing Organisation of American States (OAS) building, just feet from the World Bank and IMF in downtown Washington DC. In the security queue, there is time for a quick hug from Eramithe Delva and Malaya Villard of the Haitian women’s rights group, KOFAVIV. At least its confirmation that the US, if not the UK, issued them visas! We are here for a hearing before the Inter-American Commission on Human Rights on the Haitian government’s response to a formal complaint about its failure to provide security for women and girls in the IDP camps. Lawyer Lisa Davies leads for KOFAVIV and others who have filed the complaint, saying there has been no progress since the court issued its demarche to the Haitian government. Both Malaya and Eramithe make moving statements. Unfortunately, there is no one to respond. The Haitian government delegation has apparently missed its flight. At 9.12 am, a Haitian embassy representative slides into one of their seats, facing the plaintiffs. All is not lost however when a four-person Haitian government delegation, the respondent, led by a man — yes the Director General of the Women’s Ministry in Haiti is male – turn up. All is lost, however, when the delegation try to make their case. There is no need to do anything about gender-based violence in the camps because it is not a problem we are told. The Chief of Staff of the Women’s Ministry claims they did a survey of 3,500 women and adolescent girls in 12 different camps as recently as October 2010. Just one percent of this sample said they had suffered sexual violence. Just who are they talking to?  Just as pertinently, what questions are they asking? They have no credibility at all, but on something else at least neither does the presiding judge, Dinah Shelton. Although part of the complaint was about gender-based violence (GBV) cluster meetings being conducted in English or French, with the leadership of KOFAVIV, not to mention their thousands of members speaking neither, there was no provision for Haitian Kreyol translation from the four simultaneous translation booths at the back of the room. Early on in the proceedings when a Haitian Kreyol speaker started to interpret for Eramithe and Malaya, the judge interrupted saying she spoke French, which she did, very well. Did she not realize that Eramithe and Malaya did not speak French or worse, given that she is the OAS’s official rapporteur on Haiti, did she not realize that French is a foreign language to the vast majority of Haitians? The jury is still out on that one but whatever the facts, what a faux pas.