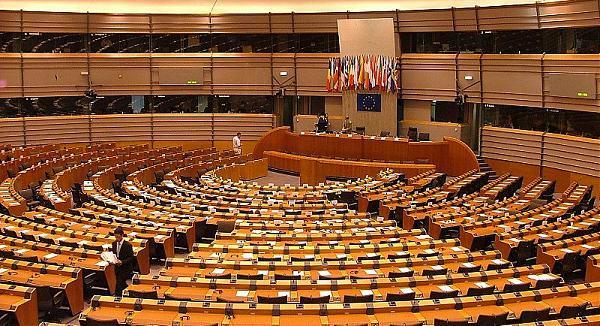 To the European Parliament building for meetings with two of the MEPs who visited Haiti in late February as part of the Budget Control Committee’s fact-finding trip. The context is not encouraging. Three months after the publication of the feedback report of their visit, there has been no meaningful response to their 14 recommendations. A 3-page letter from Development Commissioner Andris Piebalgs ignored their demand for “a detailed assessment” of all EU-funded projects carried out in Haiti over the last 15 years and for meaningful pressure on the Haitian government to establish a housing ministry (see Wanted: An Agenda for Change, Haiti Briefing No 71).

Thijs Berman, a leading light on the Parliament’s Development Committee has already tabled a question to the Commission on follow-up to the report, and we learn that the co-ordinators of eight political parties represented on the CONT Committee, as it is known, are far from satisfied with Piebalgs response to date. We also learn from an earlier meeting with Véronique Marx, the new DG DEVCO Haiti Desk Officer under Piebalgs, that the MEPs persistence is having some effect. A “detailed” dossier on each of the report’s recommendations is now being assembled.

Ingeborg Grässle MEP is particularly scathing about the Port-a-Prince EU Delegation’s performance in recent years. She lists a catalogue of problems: a phenomenal turnover in staff, internal feuding, long periods where key posts, including leadership posts, have remained unfilled and ridiculously long holidays, which she points out actually add up to more than double the time off allowed by the most generous individual EU member state. “But all that is no excuse,” she fumes. “The real problem is that these people simply don’t do their job.”

On EU budget support for Haiti and the good governance, performance targets and other conditionalities it is supposed to hinge on, she is equally scathing. As the European Parliament’s Special Rapporteur on the subject, knows her stuff. The real problem is that recipient countries lack legal frameworks for public finance management and the EU does not insist on them or work pro-actively to develop its own definitive budget support criteria. As a result, there is nothing to measure any assessment against. “If there are no rules – on either side – you cannot by definition infringe them,” she points out. Indeed.