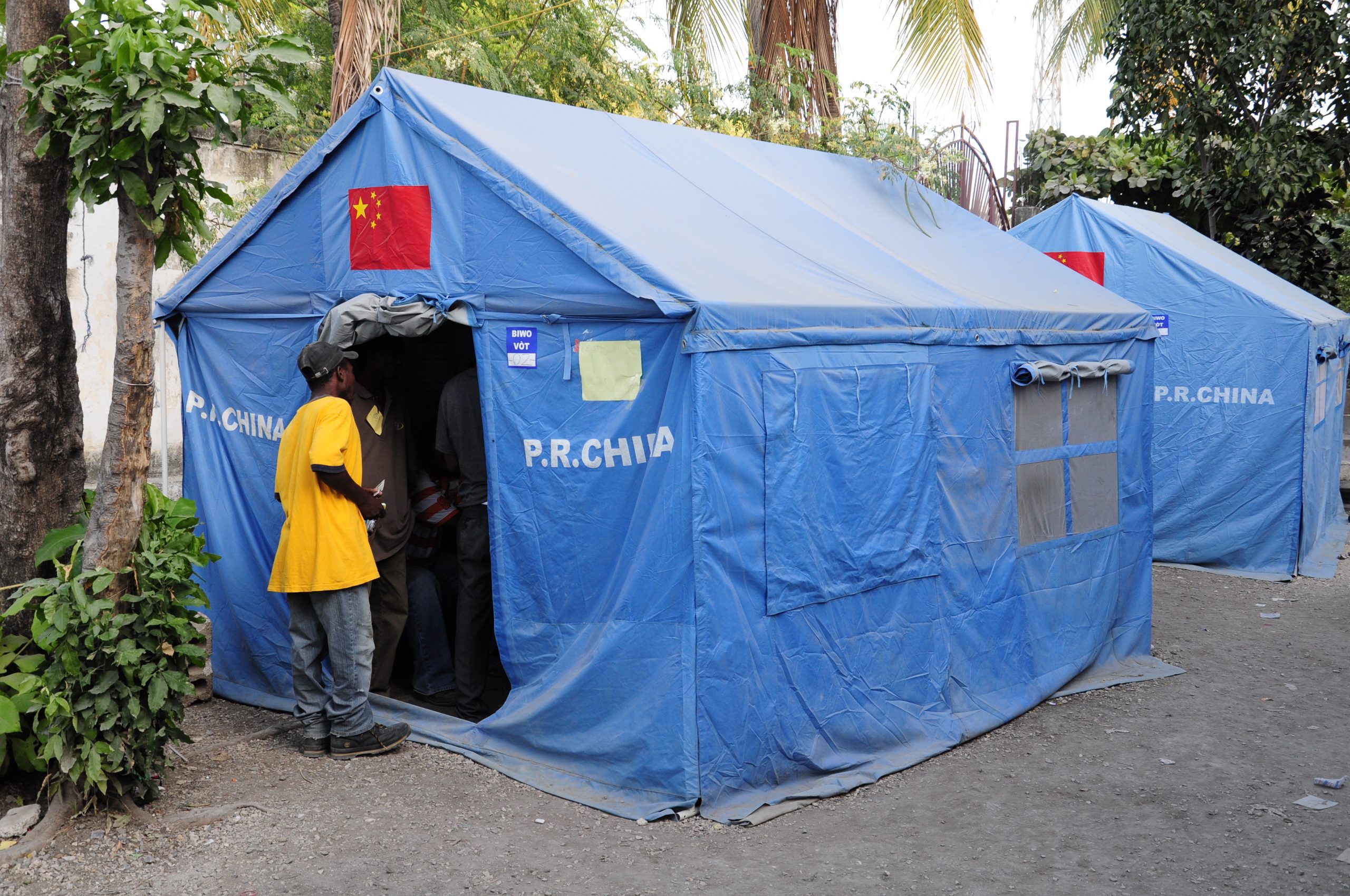 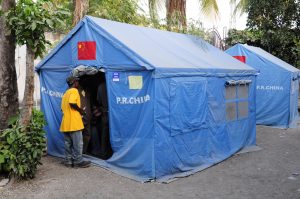 “We are people! We want homes,” chanted about 80 Haitians still living under canvas and tarpaulin tents in IDP camps as they protested outside the Ministry of Social Affairs on the 25th anniversary of the declaration of World Habitat Day on October 3rd. Many, women with young children, recounted their daily struggles to survive amidst the mud, mosquitos and rats of some of the nearly 894 recognised IDP camps that still house some 595,000 people displaced by the earthquake 22 months ago. “That’s how we live…we have nowhere to go and now we face eviction,” said one résident of Vilaj Fratenite ( Brotherhood Village) matter of factly.

The demonstration organized by the Housing Rights Coalition, whose mass membership is based on residents of more than 30 camps, handed in a letter to the Minister, making a series of demands. Among them are a government commitment to a substantive publicly-funded social house building programme; annual funds set aside in the national budget to realize it; the creation of a Senate Housing Sub-Committee to steer and monitor such a programme with meaningful consultation from Housing Rights Coalition members and finally a parliamentary investigation and accounting into the huge sums of money that have been spent mostly on temporary, transitional housing to date.

“We need a national social housing plan under the leadership of the Ministry of Social Affairs,” said Antonal Mortime of POHDH, one of the civil society organizations leading the campaign. “It’s just unacceptable to leave the housing issue in the hands of the NGOs and the IHRC.” (The International Haiti Reconstruction Commission). For the protestors, it is not just about national control, the authority and accountability of the state to Haitians as opposed to that of NGOs to their donors, its about the actual practice and strategy. Overwhelmingly the NGOs are building transitional homes, nearly 95,000 to end August, as opposed to just 4,600 permanent homes. “We call on NGOs to stop building transitional shelters almost two years on. It’s a total waste of money that should be invested in a real social housing programme,” says Reyneld Sanon, co-ordinator of FRAKKA, Haiti’s leading housing rights group.

Ironically, Haiti does actually have a social housing entity, the EPPLS (l’Enterprise Publique de Promotion de Logements Sociaux) that has been completely bypassed in the reconstruction effort, further weakening rather than reinforcing the capacity of the state and its accountability to the people it is supposed to serve. “While the IHRC has a budget of $270m for housing, the EPPLS has practically no budget at all. It’s totally unacceptable,” complains Camile Chalmers of PAPDA, another member of the coalition.

It is just one example of the circular chopped logic the international community marshals in Haiti. The government does not have the “institutional capacity” they claim, so they need to establish and promote agencies like the IHRC. In doing so, they continue to further weaken the state in both policy and practice, whilst always insisting their aim is the opposite – to build state capacity. Meanwhile, at every level, from the camps to the ministries, Haitian participation is squeezed out, ensuring the ever-greater likelihood of bad decisions and worse outcomes.