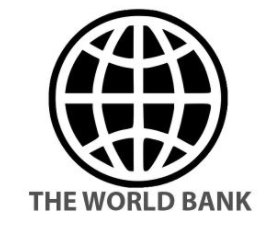 If the World Bank wants a man to do outreach to the likes of us and progressive Haitian Civil Society Organisations it could do no better than Deo Ndikumana, its Senior Country Officer and No 2. in Port-au-Prince. So perhaps whether he holds on to his job as well as his opinions on publication of this entry, will be the acid test of the World Bank’s commitment to any change in approach, if not policy.

As a Burundian, Haiti, he thought had nothing to teach him about failed states, rapacious elites, disastrous economic prescriptions — until he moved to Port-au-Prince five months back. “I couldn’t believe it was as bad as I read it was before I came. It’s not, its worse,” he laments. “If the top of your society is this sick, what of the bottom? Who do you relate to when the body politic is so rotten? We are just endorsing that state of affairs by even trying to relate to them.” He cites the on-going process of Laurent Lamothe’s nomination as Prime Minister in the face of his obvious failure to qualify for the post in terms of his recent residiency. “When something is unacceptable we need to say so. But no one does. Here the abnormal is the normal, the unacceptable is acceptable.”

We fill him in on some of the history he cannot read because its never been written; tell him that many of those he needs to talk to — progressive grassroots organisers, the few business leaders of a real reformist bent, intellectuals and educators — the sort of individuals who compose, enshrine and develop the “social capital” he finds so lacking in Haiti — are no more, either dead, or long exiled. Which begs the question: what will the World Bank do to help bring on a new generation of such leaders in Haiti? If and when they do, we quantify what the World Bank will have to overcome to help develop and encourage what he terms “devices of change.” How he and others will have to stand up publicly for Haitians who do challenge every facet of the status quo he so deplores. Above all, we ask, how will this all transmit into World Bank and, even more pertinently now, given the abused procedures and dubious projects of the Inter-American Development Bank, IDB policy? No one knows, but we’ll be watching you. It’s a start, an encouraging one but nothing more. Rhetoric has changed at the World Bank before, even if not to the same heart-warming degree.