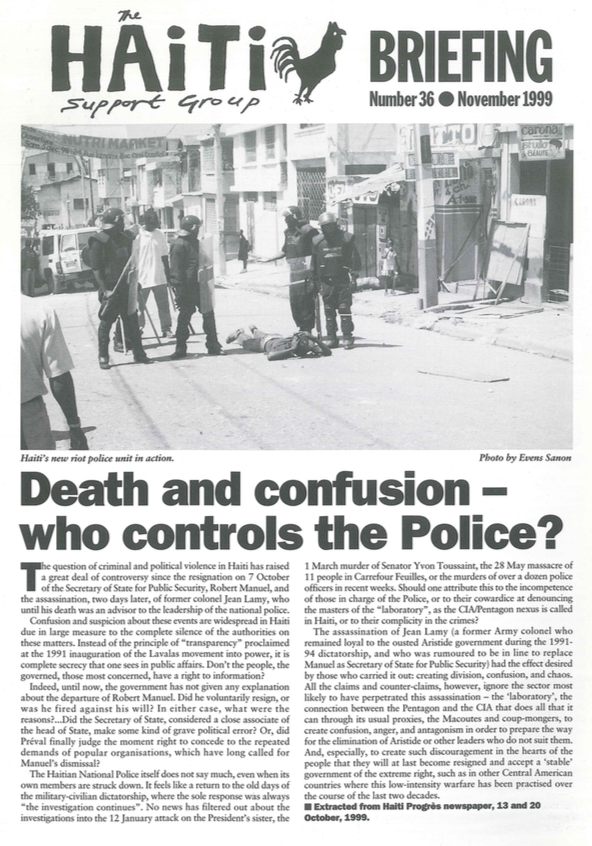 The question of criminal and political violence in Haiti has raised a great deal of controversy since the resignation on 7 October of the Secretary of State for Public Security, Robert Manuel, and the assassination, two days later, of former colonel Jean Lamy, who until his death was an advisor to the leadership of the national police.