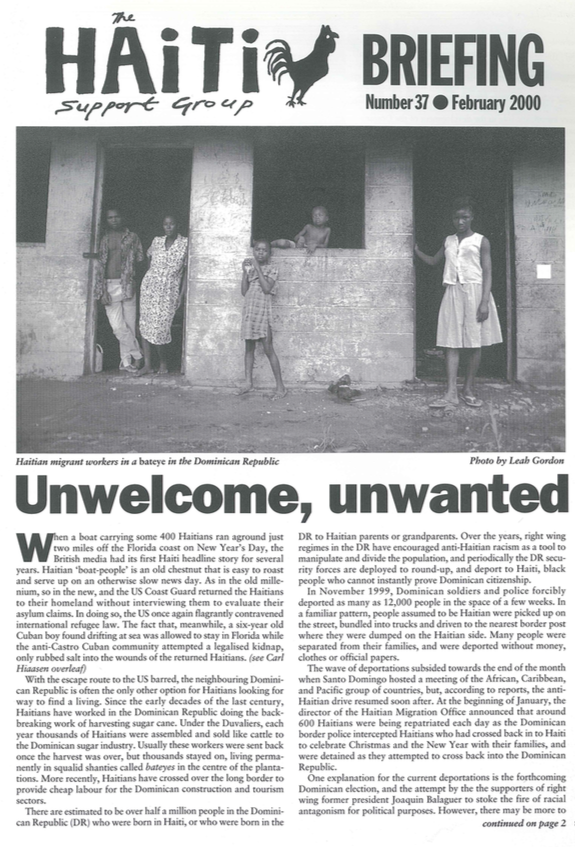 When a boat carrying some 400 Haitians ran aground just two miles off the Florida coast on New Year's Day, the British media had its first Haiti headline story for several years. Haiti 'boat-people' is an old chestnut that is easy to roast and serve up on an otherwise slow news day. As in the old millennium, so in the new, and the US Coast Guard returned the Haitians to their homeland without interviewing them to evaluate their asylum claims. In doing so, the US once again flagrantly contravened international refugee law. The fact that, meanwhile, a six year old Cuban boy found drifting at sea was allowed to stay in Florida which the anti-Castro Cuban community attempted a legalised kidnap, only rubbed salt into the wounds of the returned Haitians.