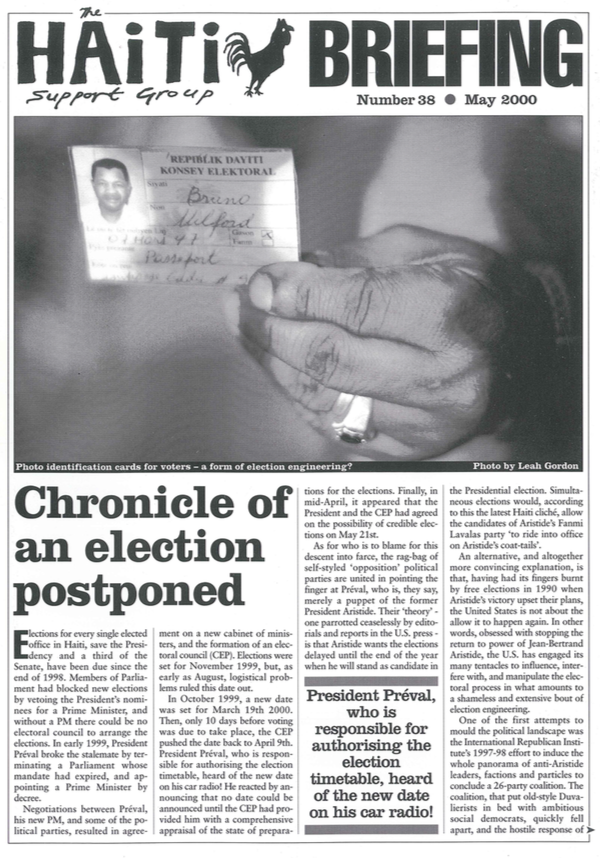 Elections for every single elected office in Haiti, save the Presidency and a third of the Senate, have been due since the end of 1998. Members of Parliament had blocked new elections by vetoing the President's nominees for a Prime Minister, and without a PM there could be no electoral council to arrange the elections. In early 1999, President Préval broke the stalemate by terminating a Parliament whose mandate had expired, and appointing a Prime Minister by decree.