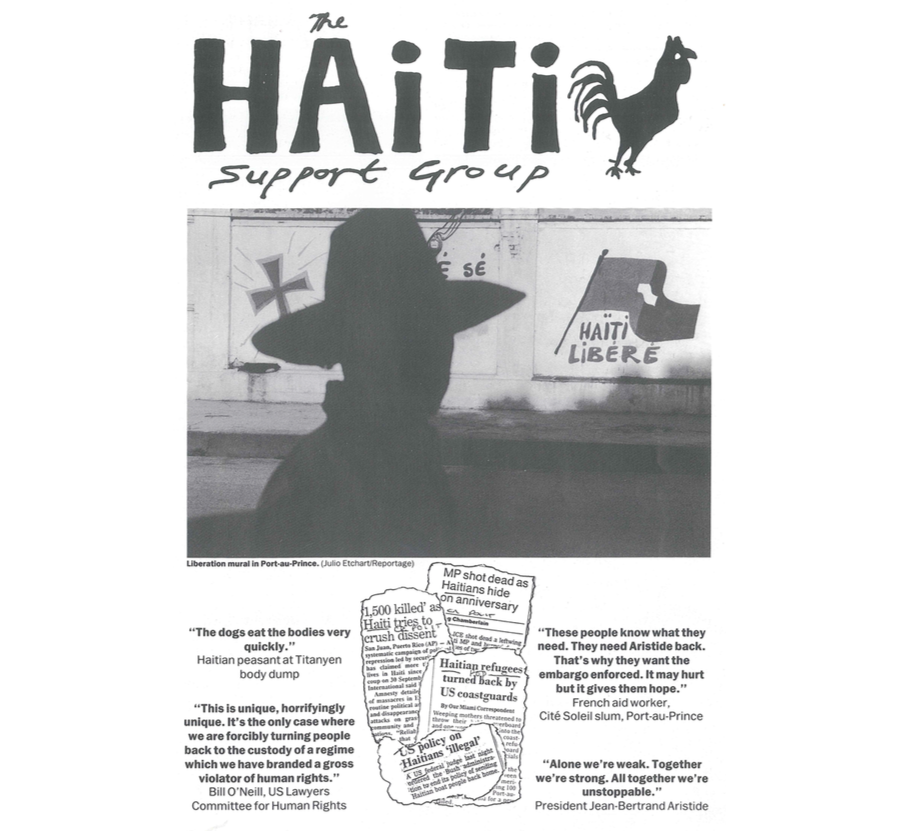 "This is unique, horrifyingly unique. It's the only case where we are forcibly turning people back to the custody of a regime which we have branded a gross violator of human rights" - Bill O'Neill, US Lawyers Committee for Human Rights

What has happened in Haiti in the past year is a national tragedy - a popular, democratically elected president overthrown in a brutal military coup. But it has been compounded by an international scandal - the world has done nothing about it.

The facts are simple: