Haiti’s revolutionary and intellectual history has lessons for the future 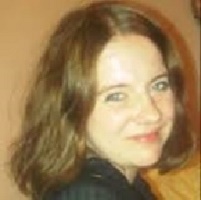 This article first appeared in The Conversation and is written by our HSG Exec Member Dr Rachel Douglas. Original text here.

The recent assassination of Jovenel Moïse, Haiti’s de-facto president who had been ruling by decree since 2018, was a shocking and historical moment. It has been more than a century since the last sitting Haitian president was murdered in 1915. As every day passes, the plot thickens further, and we may never know the full murky details.

Haiti is often talked about by outsiders as a place where only bad things seem to happen. Yet behind the media stories of strife, disease and deprivation there is another Haiti – and a great success story. The Haitian revolution (1791-1804) is the only successful slave revolt leading to independence from colonial rule and the permanent abolition of slavery.

Haiti took on the most powerful nations of the day – the French, the British and the Spanish – and won. Until relatively recently, Haiti’s story has sometimes been omitted from wider narratives about the age of revolutions.

After independence, leading Haitian intellectual Baron de Vastey – secretary to Henry Christophe, who proclaimed himself Haiti’s king (1811-20) – wrote that: “Our independence will be guaranteed by the tip of our bayonets.”

When the US occupied Haiti in 1915, writers were at the front of the resistance. Haitian author Edmond Laforest committed suicide by tying a Larousse dictionary around his neck in protest.

Later, a group of young Haitian Marxist writers – who came to be known as the generation of 1946, inspired by the surrealism of French artist André Breton, led a successful revolt which would overthrow the arch-conservative president Élie Lescot.

For a period of almost 30 years from 1957 to 1986, Haiti was ruled by the notorious father-son dictators, François “Papa Doc” Duvalier (1957-1971) and Jean-Claude “Baby Doc” Duvalier (1971-1986). This was a very dangerous time for Haitian writers and journalists, many of whom were killed, tortured, imprisoned or disappeared.

One of Haiti’s most famous writers, Jacques-Stephen Alexis, was “disappeared”, presumed murdered in 1961 when he tried to return to Haiti to overthrow Duvalier. Yvonne Hakim Rimpel, a journalist critical of Papa Doc, was silenced on January 5 1958 when she was kidnapped, beaten, tortured, probably raped, and left unconscious on a street. After two years in hospital, she recovered, but never wrote again and died in June 1986.

Since the time of the Duvaliers, often in the absence of democratic political opposition and a free press, Haitian writers, activists and journalists have been the voice of opposition. Haitian writers including Frankétienne and Gary Victor portray Haiti’s past and present as a repeating dictatorship of corrupt power – something illustrated by the 1991 coup against Jean-Bertrand Aristide, a charismatic former priest who was the first democratically elected president of Haiti.

Haitian writers and journalists reflect Haitians wanting change, but they sometimes inadvertently end up on the same side as foreign capital and undemocratic coup leaders. It is as if the never-ending cycle of dictatorship can never be broken. During Aristide’s second presidency, charismatic radio journalist Jean Dominique was murdered in April 2000, allegedly by Aristide’s supporters. For his critics, this was a sign that even a democratically elected leader could resort to autocratic methods when it suited him.

The simmering scandal over the alleged embezzlement of billions of PetroCaribe oil loans from Venezuela, has brought wider corruption issues to the forefront and prompted widespread street protests and signs of opposition mobilising on social media. Meanwhile Haitian intellectuals, activists and journalists accused Moïse of human rights violations, the stifling of opposition voices, political assassinations and the imprisonment of political prisoners.

Haitians are worried about the escalating crisis of what they call ensekirite – widespread insecurity and gang violence – over many years. Incidents include the November 13 massacre of 71 people in 2018, including children and a baby, in the Lasalin neighborhood of Haiti’s capital, Port-au-Prince, which human rights organisations have identified as government-orchestrated.

In recent weeks and months, many voices have been silenced. On one particularly bloody night recently – June 29 – 19 people were murdered. Among the dead were the well-known human rights and feminist activist Antoinette “Netty” Duclaire as well as Diego Charles, a journalist for Radio Tele Vision 2000. Duclaire had been outspoken about the corruption and impunity of the Moïse government. Charles, meanwhile, was investigating recent killings including that of Monferrier Dorval, the head of the Haitian bar association.

What next for Haiti?

Moïse’s killing leaves a serious power vacuum. When he died, the country had only 11 elected officials, including the president. Now just ten senators remain and are disputing the leadership. Nobody is keen for a repeat of the United Nations intervention, which ran from 2004 to 2017. During this time, UN troops introduced deadly cholera to the country, and were accused of sexual exploitation and fathering many children.

Read more: ‘They put a few coins in your hands to drop a baby in you’ – 265 stories of Haitian children abandoned by UN fathers

In the absence of a president and a parliament – and given the tiny and repugnant business elite who own almost all of Haiti’s resources – it is falling to intellectuals, journalists, activists and students to channel and express the people’s hopes for the future. For these people, there is a strong risk of being murdered or kidnapped.

The murder of de-facto president Moise, shocking as it is, is a chance for Haiti’s civil society to join with activists and Haiti’s intellectuals, students and artists to harness the PetroCaribe spirit of the mass demonstrations and push for an end to the era of ensekirite. If these voices are heard then maybe Haiti will finally get the leaders that the visionary revolutionaries leaders dreamed of more than 200 years ago.