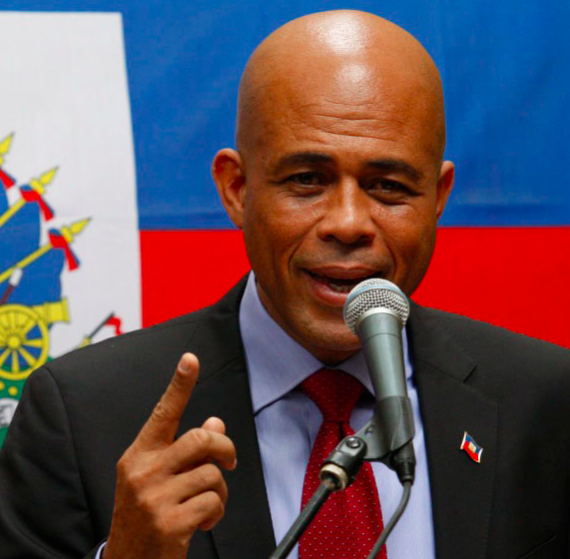 To the National Press Club for a Michel Martelly press conference. Despite the cameras punctuating the audience, its hard to define this lot as press. To start with they are far too well dressed – suits, ties, heels and makeup. The first three rows at least seem to be well-heeled Haitian Diaspora. When Martelly arrives, 25 minutes late, cocooned in a phalanx of advisers, security, and assorted hangers-on who seem to be neither of the former, the room quickly becomes more political rally than press conference. A standing ovation is laced with cheers and whoops of delight. The last time I went to a press conference like this was twenty years ago when Fidel Castro tried to have a political discussion with the local press at La Paz airport in Bolivia. They were having none of it. They mobbed him. It’s a polished performance by Martelly, conducted entirely in English, his third language, as he continues his attempted transformation from kompa music rude boy to serious thinker President-elect. Seasoned performer that he is, Martelly hits all the right notes – talking about accelerated reconstruction, housing, education for all, agriculture. His easy charm in front of friendly crowds remind me of Ronald Reagan circa 1979-80, a ready grin, always an apposite one-liner, self-depreciating when it serves to deflect a difficult question. But there’s one important difference: Martelly pre-president is Ronald Reagan pre-president without the political experience.