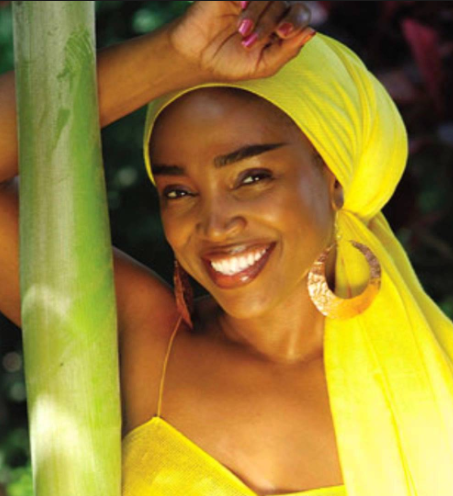 Singer – Born in Gonaïves, Michel is a captivating performer, versatile vocalist, accomplished dancer, songwriter and producer. She has recorded and appeared on concert stages throughout the Caribbean, Europe, North & South America, and Africa over the last 15 years. Singing both in French and Creole, her seven CDs have catapulted her to international acclaim. Emeline Michel is beloved by Haitians for combining traditional rhythms with social, political and inspirational content.

Her first experience in music was singing gospel music at the local church. After completing her education, Emeline accepted an opportunity to study at the Detroit Jazz Center and returned to Haiti as a professional musician. Emeline soon released her first album Douvanjou ka leve (May the Sun Rise) which featured the hit Plezi Mize (Pleasure in Misery) written by Beethova Obas. Subsequent releases Tankou melodi (Like a Melody) and Flanm (Flame) established her as one of the top artists in Haiti and the French Antilles, and she was soon hailed as the “new goddess of Creole music”.

Relocating to France, she performed at venues such as the Jazz Festival of Nice and Theatre de la Ville, making numerous appearances on French television and gracing the covers of many music and culture magazines. From her new base in France, Emeline’s work quickly spread throughout the french-speaking world; including Belgium, Africa, French Antilles, French Guiana, Quebec, as well as Chile and Japan.

After being signed with several record labels in France, Canada and the US, Emeline formed her own production company (Production Cheval De Feu) in 1999 to gain full control of her career and artistic vision. Emeline’s latest CD Cordes et Ame is a ground-breaking recording for a Caribbean artist. A sophisticated song-cycle centered around the theme of perseverance, the CD features the sound of voice & acoustic guitar bathed in the ancient and modern rhythms of Haiti. Soon after its release, the album became the fastest selling recording in Haiti (surpassing even the dance music giants of compas) and received Haiti’s Musique En Folie awards for Best Haitian Album and Best Production for the year 2000. Emeline Michel web site