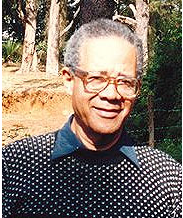 Antoine Adrien, a Catholic pastor whose order was forced into exile by Haitian dictator Francois “Papa Doc” Duvalier, died Tuesday after complications from a stroke. He was 81.

Adrien was the superior of the Holy Ghost Fathers order in 1969, when Duvalier forced him and his fellow priests into exile, accusing them of plotting against his regime.

Members fled the country and after three years in the Central African Republic, Adrien moved to New York City, where he was active in the democratic opposition to Duvalier and edited Sel, a review written in Creole, the language spoken by all Haitians.

He returned to Haiti following the popular uprising that toppled Duvalier’s son and successor, Jean-Claude Duvalier, and was an active proponent of liberation theology. He also was a fervent supporter of fellow clergyman and now-President Jean-Bertrand Aristide.

The army ousted Aristide in a coup in September 1991. During the three years of repressive military-backed government, Adrien remained in Haiti, in staunch defense of the elected government. U.S. troops restored Aristide to power in 1994.