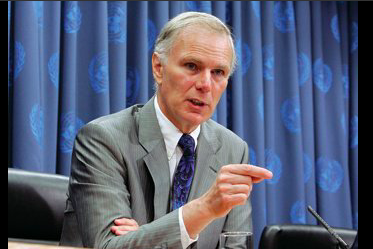 Seven Years On: Haiti Earthquake
Scotland For Haiti: Entertainers Rally for a Series of Fundraising Events

This Public Policy Lecture is delivered by Professor Philip Alston and hosted by the Centre for Law and Society in a Global Context (CLSGC). Original text available here.

A rare and important opportunity to listen to Philip Alston, the UN’s special rapporteur on extreme poverty and human rights. Alston recently penned a scathing report (pdf) on the organisation’s role in the cholera epidemic in Haiti. Significantly, he said that legal advice provided by UN lawyers was deeply flawed meaning it was difficult for the UN to acknowledge its responsibilities in introducing the disease to the country. Since 2010, cholera has killed close to ten thousand Haitians and sickened one hundred thousand people.