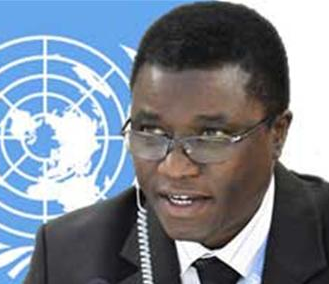 What binds the US, French and Haitian revolutions together?
One Year On: Haitians on Haiti

On to Chatham House, the world famous think-tank where we took part in an international law discussion group meeting with Dr Chaloka Beyani, UN Special Rapporteur on the Human Rights of Internally Displaced Persons. Unexpectedly, the equally famous Chatham House rules did not apply and hence we can report freely on the discussions.

When we brought the discussion on to Haiti, which of course has one of the world’s most significant IDP problems, we were pleased to hear that Dr Beyani confirmed that the situation was high on his agenda. His predecessor managed to spend only one day in Haiti, but the Haitian government appears in no hurry to welcome his successor for a more in-depth analysis of the situation that is required.

Dr Beyani said there was a need for the UN system and INGOs to recognise that Haiti, in so far as the IDP situation is concerned, is not ready to move into the reconstruction phase. There was an ongoing humanitarian crisis in (and outside) the camps which needed to be addressed, yet most humanitarian work has ceased, with agencies assuming (according to past experience and best practice in previous disasters elsewhere) that Haiti was moving into the reconstruction phase. For many IDPs hence the situation was now worse than in 2010, he said – which is of course obvious to all who have visited repeatedly since the earthquake.

Interestingly he clearly identified the wider land ownership problem as key to the solution of the IDP crisis, saying that many who lost their homes in the earthquake refused to have the rubble of their houses cleared for fear of losing with the rubble any means to prove the ownership of their plot. He suggested that given the competing interests and diverse offers of solutions to the housing crisis it might be an idea to invite key players from government, civil society and international agencies to a conference outside Haiti to agree a workable strategy (which certain players would in our view certainly wish to undermine … or why has eminent domain not yet been invoked in any case?).

Dr Beyani bemoaned the incapacity (due to death in the quake, emigration and working in NGO jobs for higher salaries) of the depleted Haitian civil service to develop a strategy for dealing with the IPD issue, made more difficult by certain competing “interests”. He did not disagree with our assertion that certain agencies had found ways to empty camps without providing a viable alternative to the IDPs, simply to massage the statistics downwards. Interestingly his next report to the Human Rights Council in March will deal prominently with the issue of IDPs outside camps. We shall await with interest what he has to say on the Haitian situation in this respect.