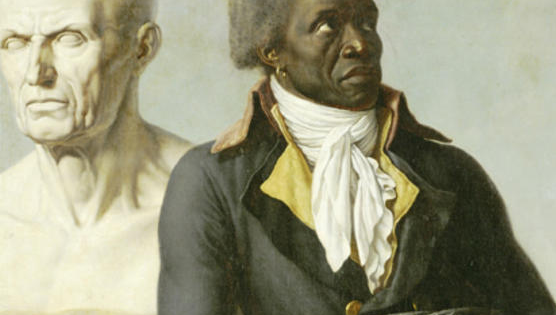 What binds the US, French and Haitian revolutions together? HSG from Central Park, New York, 17-03-2012

To the New York Historical Society’s ground-breaking exhibition, Revolution! The Atlantic World Reborn, which is the first attempt to try and relate the story of the American, French and Haitian Revolutions as a single global narrative. It tries to trace what it terms the “common wind” of political ideas and information that crossed the Atlantic with the ships carrying slaves and the sugar, cotton, coffee and tobacco they produced. It recreates a port tavern and a Haitian lakou as examples of the sort of places where such ideas thrived. The exhibition shows how a struggle for independence against hereditary privilege and monarchical monopolies in the 13 states of the U.S. became a demand for the universal recognition of human rights for all men of all colours in Haiti, via the French revolution. In doing so, its shows how in less than 40 years, the remaking of law and trading rights that was the U.S. revolution became the remaking of society and the world in Haiti’s.

There’s a unique assembly of exhibits to tell the tale: the original Stamp Act of 1765 (on sheepskin) that set off the riots that led to the American Revolution, the leading Abolitionist Thomas Clarkson’s collection of African craft and farming exhibits used to demonstrate the sophistication and humanity of those enslaved, and not least, on loan from the National Archives in Kew, and out of Britain for the first time since it crossed the Atlantic in the other direction more than two hundred years ago, the only known surviving printed copy of the Haitian Declaration of Independence (they have the date of its discovery wrong by the way, its February 2010, not April 2009, see HSG’s original story on this website). Not the least of the exhibition’s achievements are texts and audio guides in three languages: French, English and Haitian Kreyol; the latter has helped spur incredible interest from the Haitian diaspora of New York and beyond.

Revolution! only runs until April 15th in New York but is due to tour sometime later. Whether the attempt at a second American Revolutions taking place in the streets of New York on March 17th will be touring with it was still being debated at the Occupy Movements General Assemblies last time we checked.