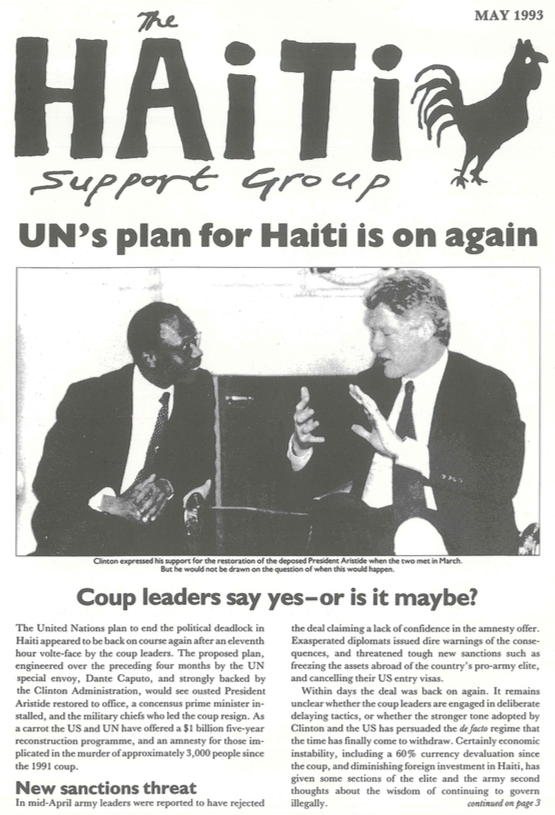 Coup leaders say yes - or is it maybe?

The United Nations plan to end the political deadlock in Haiti appeared to be back on course again after an eleventh hour volte-face by the coup leaders. The proposed plan, engineered over the preceding four months by the UN special envoy, Dante Caputo, and strongly backed by the Clinton Administration, would see ousted President Aristide restored to office, a consensus prime minister installed, and the military chiefs who led the coup resign. As a carrot the US and UN have offered a $1 billion five-year reconstruction programme, and an amnesty for those implicated in the murder of approximately 3,000 people since the 19991.

In mid-April army leaders were reported to have rejected the deal claiming a lack of confidence in the amnesty offer. Exasperated diplomats issued dire warnings of the consequences, and threatened rough new sanctions such as freexing the assets abroad of the country's pro-army elite, and cancelling their US entry visas.

Within days the deal was back on again. It remains unclear whether the coup leaders are engaged in deliberate delaying tactics, or whether the stronger tone adopted by Clinton and the US has persuaded the de facto regime that the time has finally come to withdraw.